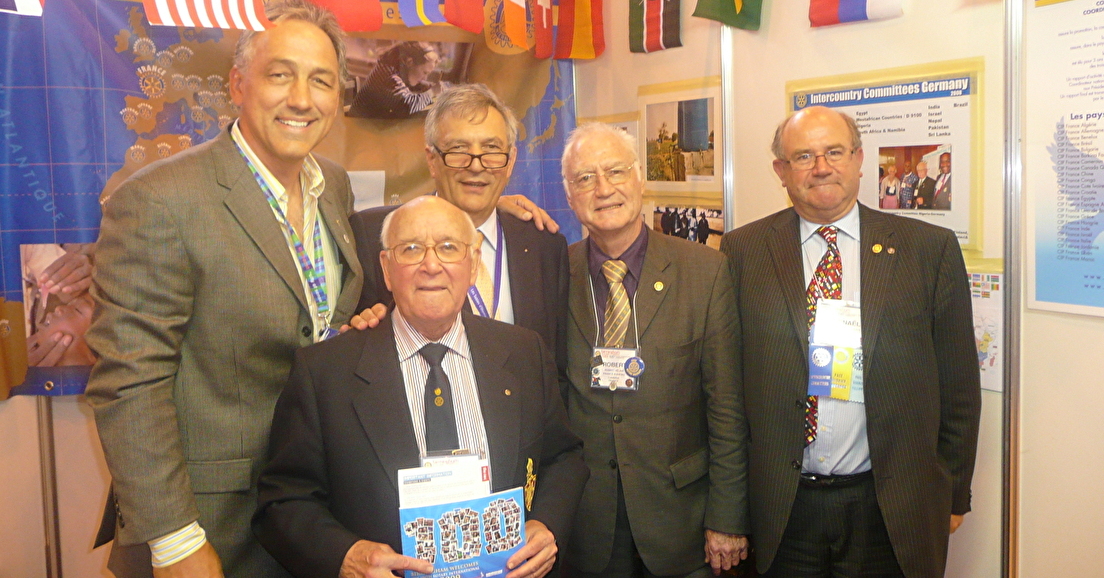 It is with great sadness that the ICC Executive Council must inform you of the passing of Intercountry Committee Executive Council Former General Secretary Arthur Bowden in Salisbury Hospital on the 1st January 2021 at the age of 92.

Arthur was a founding member and charter President of the Rotary Club of Wilton and a past district Governor of district 1110, England.

He has been very active in the ICC programs and serve as General Secretary of the Intercountry Committee Executive Council for almost 20 years.

His long-time commitment and leadership to our program has been a major contribution to the development of ICCs.

One of Arthur’s great strengths was his wicked sense of humor he always shared with us during the ICCs meeting.

Arthur Bowden was born in Caerphilly, South Wales in 1928 and moved to Salisbury in 1937. He studied at Bristol University and was a teacher at Bishop’s Wordsworth’s School. He became Head of Languages, Bursar, and Acting Deputy Head Master before retiring in 1990.

As a member of Rotary, Arthur welcomed the opportunity to help improve the quality of life, not only in the local community, but around the world. In 1978-1980, Arthur was the founding President of this Club. In 1983-84 he was District Rotaract Chair and was your District Governor in 1989-90.