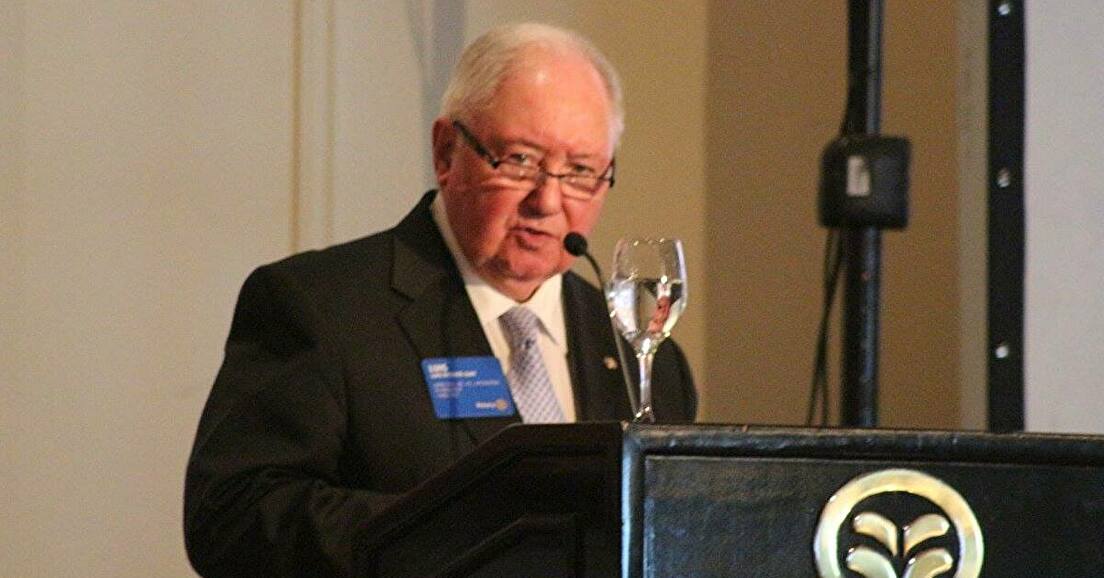 Luis Vicente Giay, a past Rotary International president died on 29 August. He was 82. His involvement and great support to the Intercountry Committees was very well known.

Giay served as RI president in 1996-97 and used his term to encourage governors to lead their districts with commitment, responsibility, and dedication. He considered Rotary members to be “the architects of the future.”

Giay chaired Rotary’s Future Vision Committee, which implemented a bold new long-term strategy for the Foundation by reimagining its grants. He described the plan as a “blueprint for focusing, streamlining, modernizing, and promoting our Foundation so that it becomes more efficient, has more impact, and is better known for its achievements.”

During his presidency, Rotary increased its openness to serve the New Generation and incorporate the young into the clubs, as well as into Interact and Rotaract. It increased Rotary links with key organizations including the United Nations, UNICEF and UNESCO.

He was the first RI President to sign a Memorandum of Understanding with UNESCO that pledges cooperation between the two organization on issues sur as environmental education, human rights, literacy, preventing violence and advancing women’s rights.

The Rotary Presidential conference for Development he organized in Prague, Czech Republic, to assist and reinforce the club in central and eastern Europe helped increase dialogue between Rotarians and strategized the development of Rotary in the region.

His theme “Build the Future with Action and Vision” could not have been more appropriate.

Giay was a certified public accountant and owned an accounting firm. He was a member of the Professional Council of Economic Sciences in the Federal Capital of Buenos Aires and president of the Public Accountants Association of Bartolomé Mitre. Giay was appointed Ambassador Extraordinary and Plenipotentiary of Argentina by the Argentine government. In addition to his role as consultant for the local chamber of commerce, he served as an adviser to the Boy Scouts and assisted a local workshop for people with disabilities.

He and his wife, past Rotary International Vice President and ICC National Coordinator for Argentina Celia Elena Cruz de Giay, are Rotary Foundation Major Donors and Benefactors and members of the Bequest Society. He received The Rotary Foundation’s Citation for Meritorious Service and Distinguished Service Award and the Service Award for a Polio-Free World.

Giay is survived by Celia; their four sons: Luis, Gustavo, Fernando, and Diego; their daughters-in-law; and eight grandchildren.